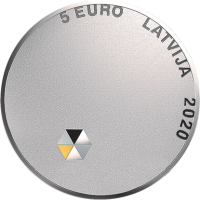 OBVERSE
Frosted obverse field; a low regular hexagonal pyramid is featured at the bottom left, with its faces covered by frosting of different intensity, black colour print, gold plating or mirror surface. Inscriptions 5 EURO, LATVIJA and 2020 are semi-circled to the right along the upper edge of the obverse. 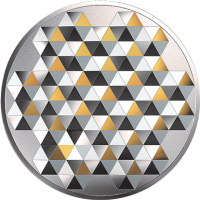 REVERSE
The field of the reverse is filled with a mosaic of low regular hexagonal pyramids, with their faces covered by frosting of different intensity, black colour print, gold plating or mirror surface. 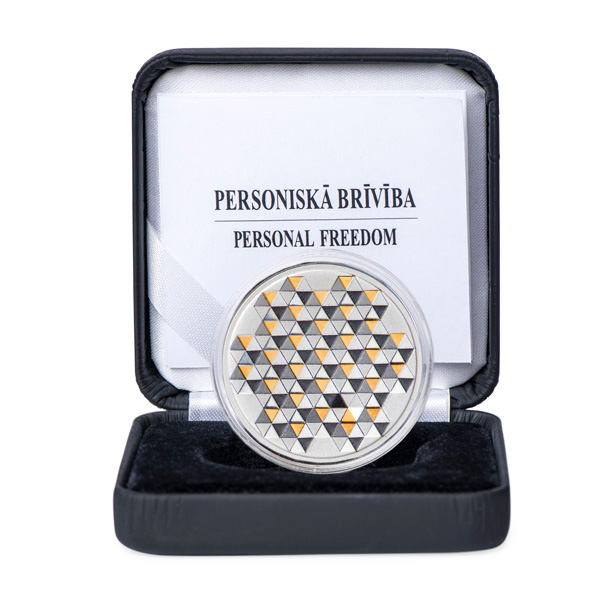 A quantity discount is applied to purchases of at least 10 coins of one or different types. This discount does not apply to numismatic items which already have a special price.
Latvian VAT (21%) is included in the price.
Personal freedom
Face value
5 euro
Weight
22.00 g
Diameter
35.00 mm
Metal
silver of fineness .925
Quality
proof

The development of technologies allows everyone to express themselves freely in the social networks and comment on arts, social and political processes; potentially leading to an illusory belief that freedom has reached its highest point in the history of humanity. Undeniably, there are many more opportunities in terms of freedom of action than ever before. At the same time, no social network or company has abandoned the fundamentals of the functioning of the society. The limits of our free will are within respecting actions and opinions of others. We are interdependent, so the existence of freedom depends on everyone's ability not to place their interests above the public interests.

One cannot have more personal freedom than another. Freedom needs true equality and democracy, and respect for every member of the society. One might think Eastern Europe knows the price and meaning of freedom best. People of Latvia had to defend, fight for, gain, lose and regain their freedom. But every era has its own way of treating freedom. Today, awareness of personal freedom and responsible behaviour has gained a much wider scale. Freedom of action now affects not only the closest ones, but also global processes and the future of the planet.

Compliance with the social norms means morally and ethically acceptable behaviour (and today such is required for the sake of public health), and that may contradict the individual's beliefs and personal will. Then personal freedom must be restricted in the name of public interest. One could feel unhappy and believe that personal freedom is unjustly restricted. At the same time, being responsible means being able to accept it, understanding the benefits the society, and hence each person individually, will gain from that.

However, not all the existing social norms or the ones that tend to arise in the short term are positive, respect human rights and ensure sustainable development. In such cases, it is the freedom that ensures that such social norms and conventions can be changed. If there is no personal freedom, no changes are possible. A society without personal freedom is static and doomed to extinction, since it will not listen and understand that the boundaries of freedom do not lie in privacy, but ability to accept the different and be tolerant towards the diversity of freedom.

Our individual action may not always necessarily lead to change. But the possibility to act individually and freely, without an outside pressure, is more important. As long as we respect the social norms existing in the society and the society respects the independence of every person, we will be free. 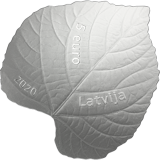 € 53.00
Not in sale Currently out of stock Sold out
Add to
Bag
Baroque of Courland
silver of fineness .925

€ 53.00
Not in sale Currently out of stock Sold out
Add to
Bag
Personal freedom
silver of fineness .925 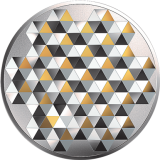 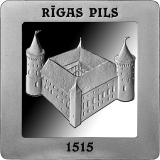